This week, over a thousand attendees are expected at the annual meeting of the American Intellectual Property Law Association (AILPA).  Several Vorys attorneys are participating as leaders and attendees.

Today in a pre-meeting briefing, senior U.S. Patent and Trademark (USPTO) officials gave updates on key areas of ongoing activity by the Office. This activity essentially relates to improving inclusion in the patent system and harnessing artificial intelligence (AI) and automation in patent examination.

Here are highlights most relevant to companies, inventors, and stakeholders.

As announced today, Secretary of Commerce, Gina Raimondo, will chair a re-branded Council for Inclusive Innovation (CI2). The Council works with the USPTO, industry, academics and other stakeholders to set national policy on expanding the nation’s diversity in the innovation ecosystem. The Council aims to increase participation in the patent system by women, minorities, veterans, and people from geographical areas or with incomes that are underrepresented now.

This work builds on an earlier USPTO report from 2019, updated in 2020, finding women to be underrepresented as patent inventors. Key findings include: 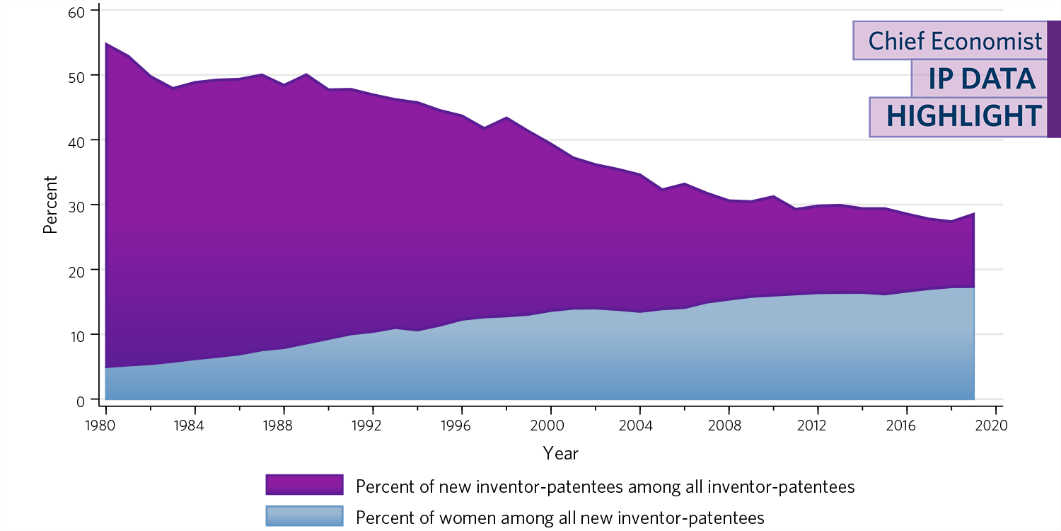 The Council and its working group helped issue a request for comments in the Federal Register earlier this year and are working on a report and recommendations to expand inclusion. More work is underway to provide information to demystify the patent system, mentor innovators, and foster community groups.

Automation and artificial intelligence is being used to enhance different aspects of the patent examination process. Several tools are already in use, in prototype or close to roll out.

The USPTO and part of its partnership with the European Patent Office (EPO) continues to expand its use of a multi-symbol CPC classification system.

New aspects of CPC in classification of US cases include:

The roll out of Patent Center portal to replace legacy PAIR and EFS-Web filing systems continues.