2023 is shaping up to be a busy year for the Supreme Court as it relates to addressing issues concerning copyright, trademark, and patent law. This primer provides a preview of the various issues the Supreme Court will or may decide in the coming year.

The Issues the Supreme Court Will Decide

Last year, the Supreme Court agreed to take four cases involving intellectual property-related issues. The Supreme Court is expected to issue rulings on most, if not all, of these issues in 2023.

Transformative Fair Use:  In October 2022, the Supreme Court held oral argument in Andy Warhol Foundation v. Goldsmith. The case involves an appeal from the Second Circuit, which held that Andy Warhol’s Prince Series was not fair use of an underlying copyrighted photograph of the artist Prince taken by Lynn Goldsmith in 1981. 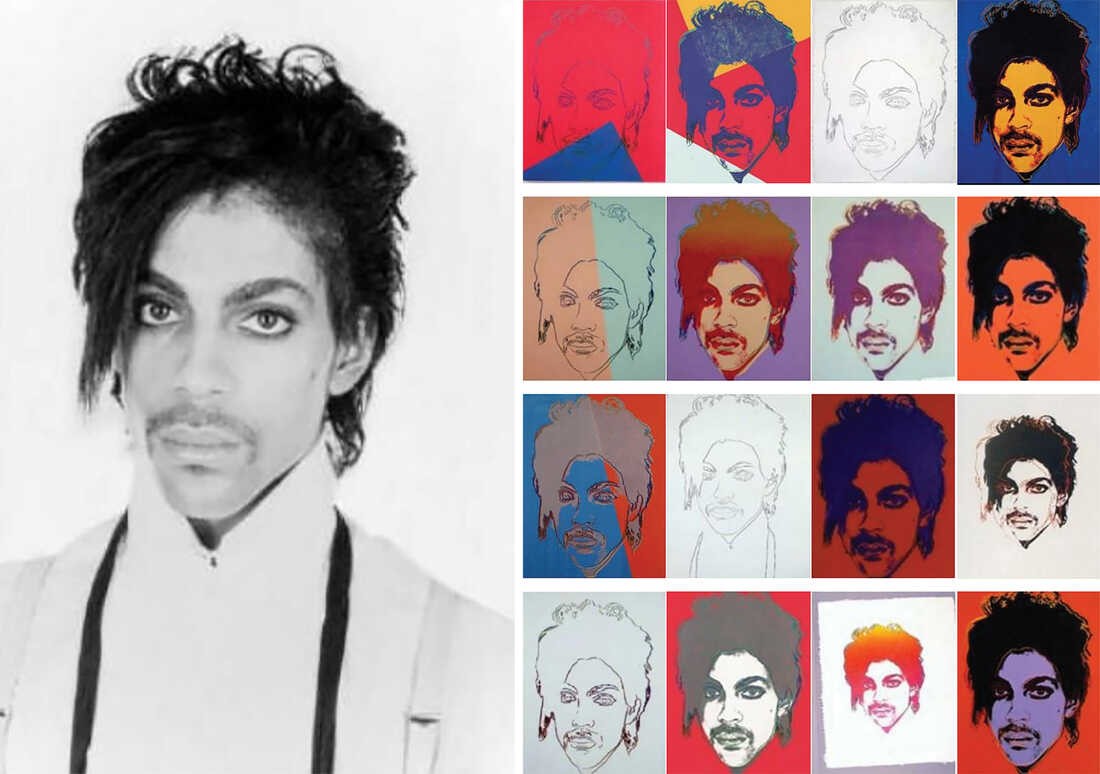 As Vorys previously indicated, this case will provide the Supreme Court with the opportunity to clarify whether the standards for fair use should differ between the software realm and the visual arts, which could dispel infringement shadows from Warhol’s other works, and the pop art genre in general.

Enablement and Undue Experimentation:  The Supreme Court is set to hear oral argument later this year in Amgen Inc. v. Sanofi. When it does, it will be only the second time the Supreme Court has reviewed the enablement requirement of 35 U.S.C. § 112.

Amgen is seeking reversal of the Federal Circuit’s decision that its claims to a functionally-defined genus of antibodies lacked enablement under Section 112. In the biotech and pharma sectors, particularly, functional claiming has been employed to broadly claim antibodies according to the target they bind, as opposed to narrow elements of the protein structure or binding site. In Amgen’s case, it provided 26 examples of amino acid sequences within the defined genus. Yet, the Federal Circuit held that Amgen’s patents were not sufficiently enabled because the bounds of the invention beyond those 26 examples were unclear. In effect, the Federal Circuit held that the full scope of broad genus claims must be disclosed in order to satisfy Section 112’s enablement requirement.

Expressive Humor, Parody, and the Lanham Act:  After previously declining in 2021 to hear the case of Jack Daniel’s Properties, Inc. v. VIP Products LLC, the Supreme Court in 2022 agreed to take Jack Daniel’s appeal challenging the Ninth Circuit’s ruling that a poop-themed, parody dog toy does not infringe its trademarks. 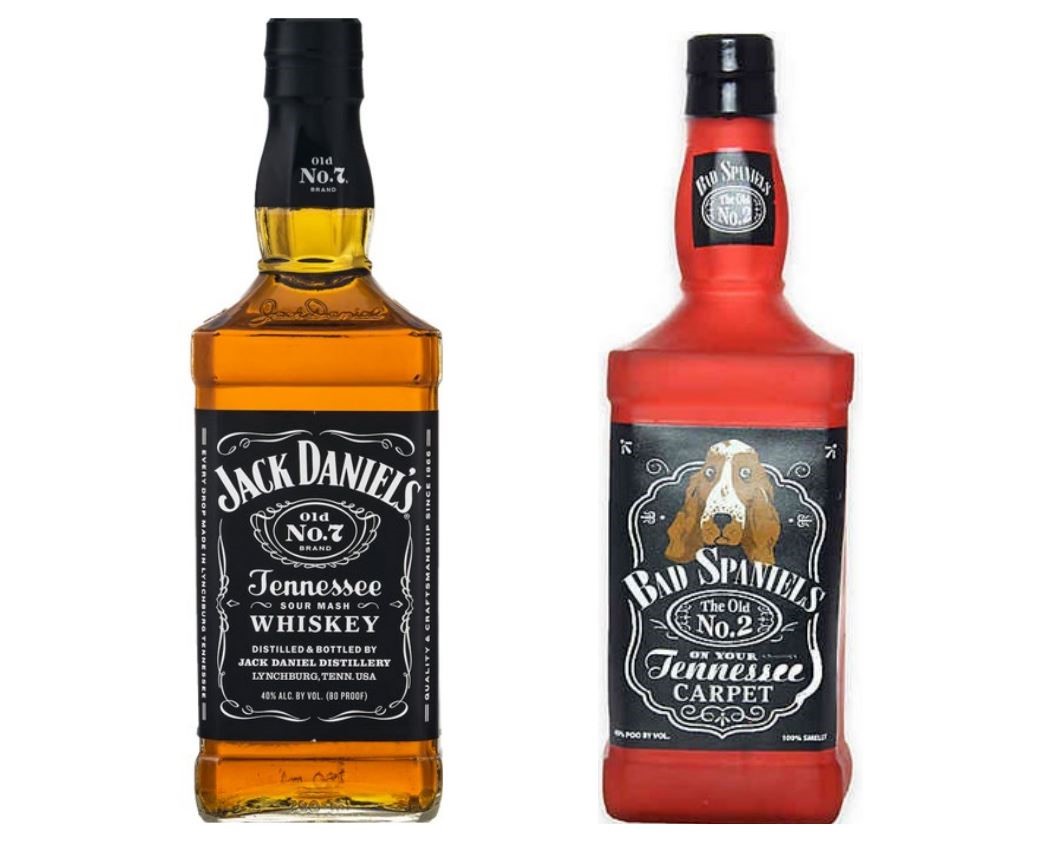 Both the Ninth Circuit and the trial court agreed that the “Bad Spaniels” dog toy was an expressive work under Rogers v. Grimaldi and, therefore, subject to First Amendment protection. According to the Ninth Circuit, “[t]he toy communicates a humorous message, using word play to alter the serious phrase that appears on a Jack Daniel’s bottle.”

The issues presented to the Supreme Court concern how the humorous use of another’s trademark as one’s own on a commercial product impacts a traditional infringement or dilution claim under the Lanham Act. How the Supreme Court decides to strike a balance between First Amendment rights and the rights of trademark holders will be of significant importance to companies with established brands, as well as those companies looking to parody well-known brands for their own commercial success.

Extraterritorial Application of the Lanham Act:  The Supreme Court is set to hear the case of Abitron Austria GmbH v. Hetronic International, Inc., which involves the question of whether a plaintiff is entitled to obtain damages in a trademark infringement suit for sales that occurred outside of the United States.

The appeal stems from a verdict in which a jury awarded Hetronic International $113 million in damages. Of the $113 million, at least 97% of the sales making up the award were purely foreign sales. The Tenth Circuit upheld the verdict, stating that the plaintiff was entitled to the award so long as the plaintiff could establish that the infringing foreign sales had a “substantial effect on U.S. commerce.”

The Tenth Circuit’s test is one of several different tests articulated by circuit courts across the country involving the extraterritorial reach of the Lanham Act. The Supreme Court’s decision should go a long way to clarifying that reach and dissolving the split amongst the circuit courts.

The Issues the Supreme Court Could Decide

Currently pending before the Supreme Court are at least nine petitions seeking review of issues related to trademark, copyright, or patent law. The following is a brief description of the issues presented in those cases. Vorys will continue to monitor the Supreme Court’s docket throughout the year and will provide updates if any of these or other issues are taken up by the Court.

Expressive Works and the Lanham Act:  In another appeal from the Ninth Circuit involving the application of the expressive works test articulated by Rogers v. Grimaldi, the stuffed-toy manufacturer Diece-Lisa has asked the Supreme Court to decide whether the First Amendment provides trademark infringers with blanket immunity for trademark infringement across all categories of goods so long as the infringer can claim that the first infringing use was an “expressive work.” 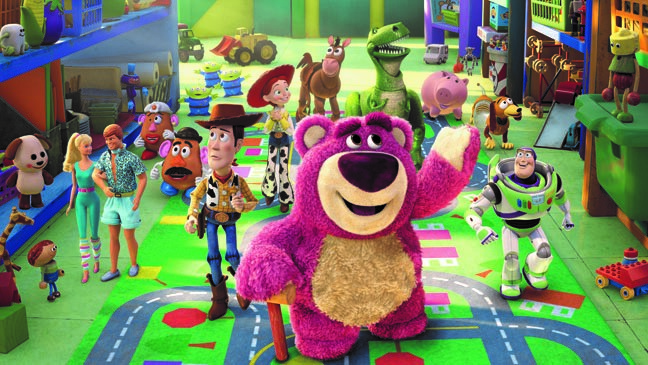 The Copyright Act, Federal Preemption, and Contract Rights:  The Supreme Court has been asked to weigh in on whether the Copyright Act’s preemption clause (17 U.S.C. § 301), which generally preempts any common law claim that is “equivalent to any of the exclusive rights within the general scope of copyright,” can preempt a state law breach of contract claim.

In ML Genius Holdings LLC v. Google LLC, ML Genius filed a breach of contract action against Google, alleging that Google was using ML Genius’s song transcriptions in breach of the parties’ agreement that Google would not use those transcriptions in the future. The Second Circuit affirmed the trial court’s dismissal of ML Holdings’ complaint, finding that its claims were preempted by Section 301 because it had failed to show that its state law contract claims were any different from a copyright assertion over lyrics it did not own.

The Bounds of Copyright Fair Use:  The case of Alan Wofsy v. Vincent Sicre De Fontbrune asks the Supreme Court to resolve three circuit splits, caused by a recent Ninth Circuit panel ruling, involving how certain facts impact and should be considered within the first, second, and third fair use factors.

Generic Drugs, Skinny Labels, and Induced Patent Infringement:  The generic drug manufacturer Teva Pharmaceuticals has petitioned the Supreme Court to reverse a finding by the Federal Circuit that it induced users to infringe a name brand drug’s patented uses, even though Teva’s FDA approved “skinny label” carved out uses of the drug that are patented by the name brand company. In general, induced infringement requires proof that the infringer induced others to infringe. Accordingly, Teva claims that, by using the FDA approved skinny label, it should not have been found to have encouraged others to use its generic drug in an infringing manner because those uses did not appear on the label.

In October, the Supreme Court requested that the Solicitor General provide input on the dispute. If the Supreme Court takes the case of Teva Pharmaceuticals USA, Inc. v. GlaxoSmithKline, LLC, it will be one of the few times the Supreme Court has addressed the issue of induced infringement, particularly as it relates to the use of generic drugs.

Inter Partes Review, Unpatentability, and Collateral Estoppel:  The case of Jump Rope Systems LLC v. Coulter Ventures LLC asks the Supreme Court to answer the question of whether a finding of unpatentability by the Patent Trial and Appeal Board in an inter partes review (“IPR”) proceeding, subsequently affirmed by the Federal Circuit, has a collateral estoppel effect on patent validity in a patent infringement lawsuit in federal district court.

Triggering of Inter Partes Review Estoppel:  The case of Apple Inc. v. California Institute of Technology involves the question of whether the Federal Circuit improperly expanded the scope of IPR estoppel to all grounds that reasonably could have been raised in a petition to institute an IPR proceeding, even though the statute provides that estoppel applies only to grounds that “reasonably could have [been] raised during that inter partes review.” The issue is one of timing—i.e., if the petition is unsuccessful and IPR proceedings are not instituted, the petitioner was denied the opportunity to raise any grounds during the IPR.

In general, IPR estoppel prevents a petitioner from asserting in district court litigation any ground for invalidating a patent that it raised or reasonably could have raised during the IPR. If IPR estoppel is triggered by the filing of a petition, rather than the arguments made once the IPR is instituted, it has the potential to impact significantly patent litigation strategy moving forward.

Patent Eligibility:  Will this be the year that the Supreme Court finally addresses the uncertainty surrounding patent eligibility and provides guidance to patentees and Courts alike on the proper application of the Alice two-step framework? We can all hope so. There are two pending petitions currently on the Supreme Court’s docket that present such a request.

The first is the case of Tropp v. Travel Sentry, Inc., which presents the issue of how the Alice two-step framework should be applied to physical or manual steps, as opposed to computer-processing, which was the impetus for the Supreme Court’s articulation of the Alice framework for determining patent eligibility.

The second case is Interactive Wearables, LLC v. Polar Elctro Oy, which presents three broader questions for the Supreme Court to answer. Namely, the appropriate standard for determining patent eligibility under step one of the Alice framework, whether each step of the Alice framework is a question of law for the court or a question of fact for the jury, and whether it is proper to apply enablement consideration under Section 112 to determine whether the patent claims eligible subject matter.

Please contact your Vorys attorney if you have any questions about the impact any of these cases may have on your IP portfolio or litigation strategy.