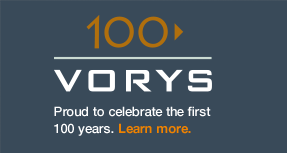 Our firm was founded by Arthur I. Vorys, Lowry F. Sater, Augustus T. Seymour and Edward L. Pease in the spring of 1909, in Columbus, Ohio. Since that time, we have grown from a four-person office to a firm of nearly 375 lawyers in eight different cities. Our firm also has developed and cultivated deep-seated traditions of public service and client service. Those traditions continue to guide us today, and remain as important to the firm as our name – which has remained unchanged since our firm’s creation.

Each of the founding partners brought distinguished backgrounds to the firm, and quickly established strong firm traditions of public service, community involvement and excellent legal work.

Mr. Vorys, a former superintendent of insurance in Ohio, was a member of the Republican National Committee who served as eastern campaign manager for President William Howard Taft in the 1908 election. Mr. Sater served as treasurer of the Ohio State Board of Trustees and president and director of the University Alumni Association; he also was an incorporator of the Columbus Athletic Club and a founder of the University Club, as well as a president of the Columbus Bar Association. Mr. Seymour was an assistant to the attorney general of the United States and also served as president of the Columbus Chamber of Commerce. Mr. Pease, who received his undergraduate and law degrees from The Ohio State University, also was active with the university and was recognized as a leading authority on real estate law.

The next generation of Vorys partners, which included Webb I. Vorys, James O. Seymour, Byron E. Ford and Richard F. Sater, built upon the strong foundation established by the founders. Webb I. Vorys became the presiding partner of the firm in 1935, after the death of Lowry Sater, the final surviving founder. Mr. Vorys then led the firm for more than three decades. Under his leadership, our firm pursued a philosophy geared toward instilling and retaining harmony and respect among the firm’s partners, employing only the best and most talented young lawyers, and ennobling all of our lawyers with a deep and abiding sense of grace, unselfishness, personal responsibility and commitment to the highest quality client service.

The new generation continued and deepened our traditions of public service and community activity, and also began to form some of the strong ties to entities that became long-time clients. For example, for 39 years Webb Vorys served as legal counsel and trustee to Nationwide Children’s Hospital in Columbus, which remains a client of the firm to this day. John Vorys left the firm to serve as a member of Congress. Jim Seymour, a unique figure who was an inveterate traveler, created the Seymour Plan, which continues to pay the airfare for firm associates and staff to travel to Europe.

With the arrival of John C. Elam, Arthur I. Vorys, Edgar A. Strause, Charles D. Minor, William W. Ellis, Richard G. Ison and Russell P. Herrold, our firm embarked upon a period of growth that ultimately led us to our current size of more than 350 attorneys. Mr. Elam was a formidable trial lawyer who was elected a fellow of the American College of Trial Lawyers; he succeeded Webb Vorys as presiding partner in the 1960s and led the firm into the 1990s. Mr. Vorys was the firm’s leading corporate lawyer and also served as the superintendent of the Ohio Department of Insurance. Mr. Strause was a gifted and dogged trial lawyer; Mr. Minor was a brilliant labor and employment attorney; Mr. Ellis was the firm’s leading tax lawyer; and Mr. Herrold helped to build the firm’s extensive workers’ compensation practice.

These lawyers all proved to have extraordinary abilities to attract, serve, and retain clients, which allowed our firm to recruit and hire additional lawyers who continued to fuel our growth. During this period, our firm became a leader in hiring women and minorities, and further established a warm and welcoming firm culture that focuses on inclusion, collegiality and professionalism. Eventually, the firm developed an extensive client list that numbered more than 10,000 active clients, ranging from individuals to charitable institutions to Fortune 500 companies.

During this period of growth, our firm remained firmly rooted to our original location on the third floor of a three-story office building at 52 East Gay Street in Columbus. As the years passed, the firm acquired that entire building, as well as five neighboring buildings. We took over space formerly occupied by a stable, a hardware store, a dance studio, a telephone company, and a school of cosmetology – making for unique office space that is connected by a sprawling network of stairways, steps and ramps.

Our firm has now grown to new locations outside Columbus. The Washington, D.C. office was founded in the 1970s and the Cleveland and Cincinnati offices were founded in the 1980s. Robert W. Werth, who served as the firm’s managing partner from 1994 and 2006, led the opening of the firm’s fifth office – in Akron, Ohio – in 2004. Mr. Werth spent more than 40 years as a business and commercial law attorney and is credited with continuing to build the firm’s client base outside central Ohio.

Russell M. Gertmenian became the firm's managing partner in 2007. He oversaw the opening of the firm’s offices in Houston, Texas, in February 2009 and Pittsburgh, Pennsylvania in October 2013.  Mr. Gertmenian retired in 2017 and was succeeded by Michael Martz, our firm's current managing partner.  Mr. Martz joined Vorys in 1991, shortly after earning his law degree from the University of Wisconsin. He has reiterated that under this leadership the firm will continue its intense focus on client service and keep clients center stage, just as his predecessors did.  Martz oversaw the opening of the firm's California office in February 2021.

Although many decades have passed since our firm was created, the four founders – and the many other individuals who have contributed immensely to the growth and development of the firm – remain a strong presence through the traditions they helped to create and foster. Those traditions continue to grow and evolve, through the efforts of new generations of Vorys lawyers. Interested readers may click on the links below to read more about the firm’s enviable record of leadership in the areas of pro bono legal work, community involvement, service to the bar and diversity.