This article originally appeared in the Fall 2019 edition of Development Incentives Quarterly. 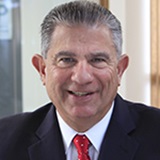 In this edition of Development Incentives Quarterly, Thomas Bisacquino, the president and CEO of NAIOP, the Commercial Real Estate Development Association, joins us for a Q&A.  Tom answers questions regarding the most pressing issues facing commercial developers nationally and locally.  NAIOP is the leading organization for developers, owners and related professionals in office, industrial, retail and mixed-use real estate. NAIOP comprises nearly 20,000 members in North America. Scott Ziance, who leads Vorys’ economic development incentives team, is concluding a two-year term as president of NAIOP of Ohio and is beginning a three-year term on the national NAIOP corporate board of directors in January.

1.  What are the most significant issues you are addressing at the federal level?

Over the course of any given year, NAIOP is active on dozens of issues that affect our members and the CRE industry as a whole. One of the more pressing issues at the moment is a correction to a drafting error in the 2017 Tax Cuts and Jobs Act. The error says property owners can write off tenant improvements  (modifications to the interior portion of a building, such as a build-out, known as qualified improvement property)  over 39 years instead of the intended  15 years. This inadvertent error reduces the value of these deductions and restricts cash flow, often forcing businesses to delay or even cancel much-needed investments. Fortunately, bipartisan legislation in both chambers of Congress, which have a combined 345 co-sponsors, would provide a fix. NAIOP is working with a broad coalition of groups and businesses to ensure this bill is included in a year-end spending package.

Other federal tax priorities include modifying Section 118 to allow for tax deferral on economic incentives offered to developers by state and local entities; preservation of like-kind exchanges for real estate transactions; maintaining capital gains treatment for real estate carried interests; and improvements to the Opportunity Zone program to ensure transparency and accountability. We are also pushing for increased investments in infrastructure and transportation, passage of the USMCA trade agreement, and reauthorization of the Terrorism Risk Insurance Act (TRIA).

Further, NAIOP advocates for a regulatory framework that is both predictable and consistent, and that reflects the economic realities of the commercial real estate industry while also protecting the health of individuals and the environment. In April we submitted public comments on the administration’s proposed Waters of the U.S., or “WOTUS” rule, with recommendations on how to better clarify where and when the federal government has jurisdiction. We also support legislation, introduced by Senators Portman (R-OH) and Shaheen (D-NH), that would modernize the process by which new building codes are proposed and codified; are working with EPA to improve the data used in its Energy Star Portfolio Manager program; and are actively monitoring proposed changes to the Endangered Species Act, Ozone Rule, and other regulations that affect NAIOP members and the full CRE industry.

2.  What are the most significant issues you are addressing at the state level?

Issues we are concerned with at the state level center around a key theme: targeted attacks, whether in the form of additional taxes or regulatory burdens, on the commercial real estate industry. Just one example: NAIOP members in California are facing a ballot measure next year that could increase property taxes on commercial and industrial properties by billions of dollars.

This is just one of dozens of proposals across the country that specifically target the commercial real estate sector for revenue increases. Many of these are motivated by the need to raise funds for pressing and important local needs, such as for increasing affordable housing, or to address increases in homelessness, which may indeed be laudable goals but don’t have a direct link with how commercial real estate operates. Many of these problems call for community-wide comprehensive policy responses, rather than targeting one industry to pay for programs addressing problems not really the fault of that industry.

3.  We’ve been hearing a lot recently about building efficiency initiatives. Do those concern you?

NAIOP has long supported measures that incentivize, rather than mandate, greater levels of efficiency and sustainability. A prime example of a reasonable approach to energy efficiency is the Portman-Shaheen Energy Savings and Industrial Competiveness Act (ESIC), which ensures that federal agencies take into account economic realities (payback periods, return on investment, etc.) when proposing changes to building codes. Backed by NAIOP, as well as a number of environmental and industry groups, the bill was recently passed by the Senate Energy and Natural Resources Committee with broad, bipartisan support. NAIOP has also championed tax provisions that help offset the upfront cost of efficient technology and systems, such as Section 179D, and a new proposal that allows for accelerated depreciation of qualifying investments. We’ve also advocated for the continued funding of EPA’s Energy Star program, coupled with improvements to its underlying dataset, to improve its accuracy.

Unfortunately, arbitrary mandated efficiency goals, like many adopted at the local level, are not only onerous, but potentially counterproductive. For older buildings in particular, achieving the massive emissions reductions that are often required is simply not feasible, especially since many of these mandates ignore previous upgrades that were made to these buildings.

4.  Are you seeing many criticisms of tax incentives, and if so, how widespread are they?

We have seen tax code provisions important for the industry come under attack, particularly during the tax reform debate. Some of these attacks were motivated by opposition to incentives offered by states and localities intended to attract businesses to their communities, such as proposals made to Amazon for location of their second headquarters. The tax reform bill ended the tax deductibility of certain contributions in aid of construction, for example, which is having some unintended consequences and could result in some redevelopment projects becoming unviable. New Markets Tax Credits, Historic Tax Credits and Low-Income Housing Tax Credits are examples of other provisions that remain targets for some who want to eliminate such community-focused incentives.

5.  Do you feel that NAIOP has been able to make a difference on governmental relations matters?

We absolutely have. The first iterations of tax reform, for example, were dramatically different than the end product. These early drafts would have eliminated provisions such as like-kind exchanges under section 1031, capital gains treatment for real estate carried interest, and the Historic Tax Credit, among several others. Through constant engagement with lawmakers and working strategically with our real estate allies, we were able to educate lawmakers as to the economic importance of our industry and convince them of the importance of these incentives, ensuring they were preserved. Prior to tax reform, we repeatedly defeated efforts to tax real estate carried interests at ordinary income levels. It was due largely to our efforts that initial attempts to create arbitrary, federally-mandated energy efficiency goals were defeated. Many of our comments to the “WOTUS” regulation promulgated by the Environmental Protection Agency were eventually adopted by the agency, to the benefit of our members.

There are many other instances where we have been at the forefront on behalf of the industry. Apart from our work on any individual issue, however, it is our constant engagement with lawmakers and their staffs throughout the year that ensures lawmakers understand the impact their proposals have on the industry and NAIOP members in particular.