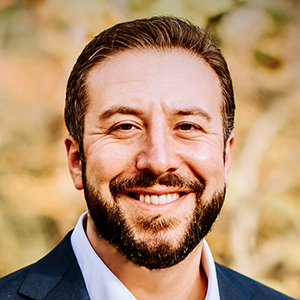 You played a significant role in developing the Qualified Opportunity Zones Program.  What are your impressions of the impacts the program has had so far?

The Opportunity Zones program has definitely exceeded expectations.  The biggest question for us was whether capital would come to table, and in 2019 alone, an estimated $20B was invested in QOZ Funds, making it the largest community develop program in the U.S. today.  In comparison, the New Markets Tax Credit program deploys about $3.5B a year, so the QOZ program is already 6x larger.  Also, the investment and investors have been spread out throughout the country -- There are over 500 QOZ Funds and thousands of projects.  Additionally, we have seen significant growth in some unexpected places: places like Baltimore, Detroit, and Birmingham have been earlier leaders in capturing this marketplace.

Is the QOZ program creating the results that were anticipated when the program was developed, or have there been unexpected outcomes (positive or negative)?

There haven’t been any huge surprises.  However, given the significant amount of early activity, we are anxious to see more capital invested in even more asset classes, such as operating businesses and infrastructure.  The program was designed to build job creating enterprises around the country, and I think we will see more of that this year.  My only disappointment has been the lack of understanding about the bipartisan support for this program – from the nearly 100 members of Congress from all ends of the political spectrum that advocated for its passage to the bipartisan support for the program at the state and local level.  Not only were Opportunity Zones selected in every state and U.S. territory, but all but three states have also provided matching state capital gains incentives.  While, both Democrats and Republicans are actively working together to implement and support the program, this hasn’t really been captured in the national narrative.

What can communities do to attract investment into its QOZs?

There are some relatively basic steps communities can take.  First, begin pulling together relevant local stakeholders.  Get the local officials, economic development groups, developers, entrepreneurs, etc. together and decide where the community can and will make big bets over the next 10 years or so.  Investors want to see a roadmap of where growth will be and how they can fit in.  Second, seek investment at the local level from different sources: anchor institutions, local investors, and philanthropy.  Places that have seen success, such as Erie, PA, have had big anchor investments made to revitalize their downtowns.  Another example is Alabama, which has solicited millions of dollars around the state through an organization focused just on investment in OZs.  Birmingham has capitalized on that advantage with strong leadership from the mayor and his head of economic development.  But there needs to be some kind of vision and leadership at the local level.

What types of projects or property types have you seen generate a lot of interest from investors?

There has been a big mix of projects.  The first movers were in real estate investment, specifically multi-family, which makes up more than 50% of real estate investment in OZs so far.  That has happened for one central reason: in many communities, real estate investment is the precursor for broader development and job creation.  There must be new amenities to attract young people to want to live in a long depressed area, which then creates a source of talent to convince businesses to relocate to that area.  Other types of projects that have seen a lot of investment are industrial redevelopments and brownfield sites, as the OZ program is advantageous for these types of projects.  I anticipate we will see the program increasingly used for growth capital in businesses and to provide relocation incentives for businesses to move into OZs over the course of this year and beyond.

We have seen some state and local jurisdictions create economic development incentives to pair with the QOZ program, and do you expect that to occur more often?

The OZ program is a voluntary program.  States had to choose to participate and every state did.  For example, states had to decide whether to conform state capital gains taxes to the federal structure.  New York was one of first states to conform, even though Governor Cuomo was often critical of this Administration.  We have also seen several states, like Ohio, Michigan, Illinois, and Wisconsin create additional incentives on top of the OZ incentive.  And many cities expedite permit processing, provide cheap land, provide first-loss guarantees, or other catalytic support for OZ projects.  This shows the unique alignment of federal, state and local interests.

What advice do you have for investors looking to deploy capital into a QOZ?

OZs are a form of tax incentivized private equity investment.  So the first challenge is to ensure the funds you are investing through have the appropriate track record, strategy and deal flow, like any other investment in the alternative investment space.  This is a marketplace that is complicated and has risk, which is why there is a federal subsidy to begin with.  Quite frankly, it is harder to do deals in these markets.  The tradeoff is that the OZ incentive is significant and valuable.  There are over 500 OZ Funds, and not all are created equally.  So investors must do their due diligence.  More often than not, investors will need help on the technical and regulatory side from advisors, attorneys and tax professionals, and on the execution side, from fund managers and developers with lots of experience managing private equity as well as complicated real estate and business investments.