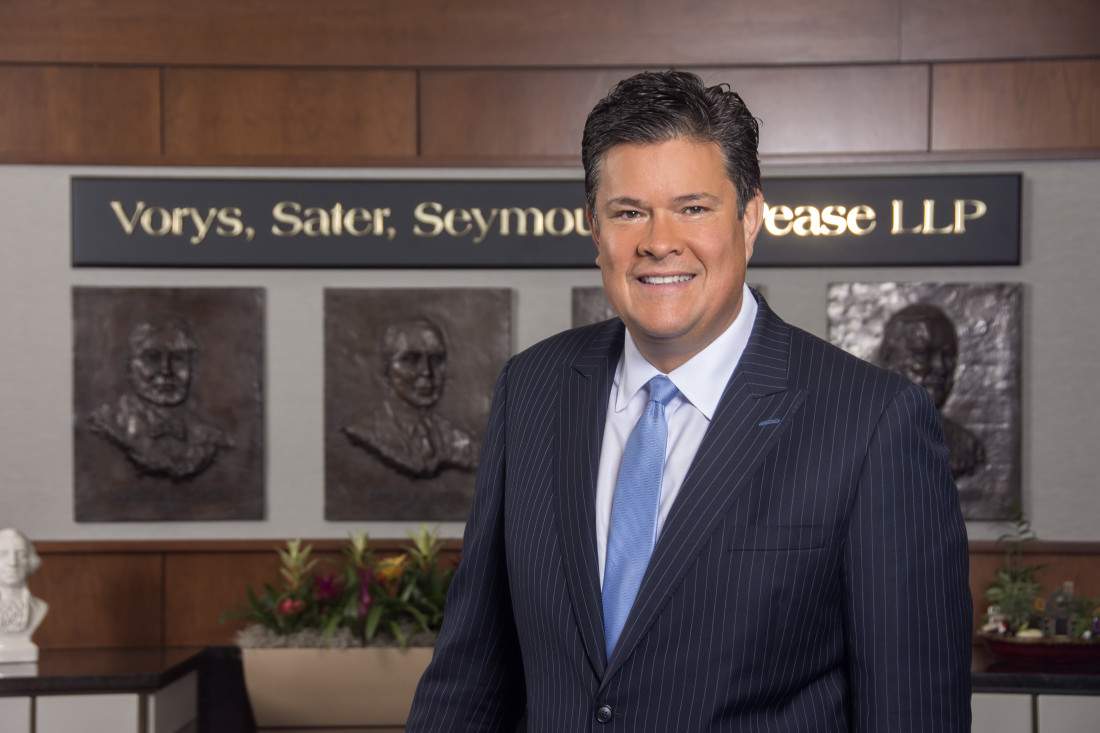 Vorys, Sater, Seymour and Pease LLP announced today that Michael D. Martz will assume the role of firm managing partner on January 1, 2018.  Russell M. Gertmenian, the firm’s current managing partner, will retire at the end of 2017. Gertmenian spent 45 years at Vorys after graduating from Columbia Law School in 1972.

Gertmenian, who has served as the firm’s managing partner since 2007, announced Martz as his successor internally in September 2016.  Over the past year, the two have worked side-by-side to ensure a seamless transition.

“Michael made one of my most significant decisions at Vorys one of my simplest,” Gertmenian said.  “Over a period of about a year, I met with each of my partners prior to finalizing my choice. Throughout these conversations, I continually heard descriptions of Michael, his leadership style and his character that provided me the highest level of confidence.  My optimism about Vorys and its future has never been greater.”

Martz joined Vorys in 1991, shortly after earning his law degree from the University of Wisconsin.  Martz recalls choosing Vorys over a major firm in his home state of Nebraska after he experienced first-hand the way in which people at Vorys treated each other and their clients.

“Vorys is a truly unique place that provides everyone a sense of belonging,” he said.  “I am so proud to have been part of the Vorys family for my entire career. This is not unique to me; we have people who have served this firm for decades, some for more than 50 years.”

“I have had the privilege to work closely with Michael and the many talented attorneys at Vorys over my time here at Bob Evans,” said Colin Daly, EVP, general counsel and secretary of Bob Evans Farms, Inc.  “Michael is incredibly client focused, effective, and proactive.  I couldn’t think of a better individual to lead such an esteemed firm as Vorys into their next chapter.”

Vorys was founded in the spring of 1909 in Columbus.  Since then, the firm has grown from a four-person office to a firm of nearly 375 lawyers in seven cities.  Under Gertmenian’s leadership, Vorys has expanded and opened offices in new markets.  In 2009, the firm opened its Houston office, which now includes more than 20 lawyers.  The Vorys Pittsburgh office opened in 2013.

Gertmenian also successfully navigated the firm through the 2008 economic downturn by addressing clients’ changing needs while simultaneously positioning the firm for future growth. Under his leadership, the firm also redoubled its efforts to invest, innovate and embrace new approaches to help its clients grow in smart, cost-conscious ways.

“I cannot overstate how much Russ has accomplished for our firm” Martz said. “During Russ’ tenure, Vorys’ client base has expanded and become more diverse and our lawyers are now nationally recognized for their innovation and widely respected across the country.”

Martz reiterated the firm’s intense focus on client service.  In his new role, he plans to keep clients center stage, just as his predecessor did.  “It is undeniable that the legal market is evolving at a rapid pace, and we need to evolve with it.  Every initiative that we consider adopting will start with the question – ‘How will this help us serve our clients better?’”

Martz focuses his legal practice on helping companies – from large, publicly traded corporations to start-up and small businesses – with their corporate-related legal needs.  He has also had the opportunity to serve on several firm committees, including those that oversee firm management, hiring, evaluation of attorneys, and compensation.

Martz has received a number of accolades for his legal work.  He has been included on the Best Lawyers in America list and in Ohio Super Lawyers.  He has also been listed as a “Leading Lawyer” in corporate law in the Chambers and Partners Chambers USA guide.  In addition, Martz has been listed as one of Columbus Business First’s “People to Know in Banking.”

Outside Vorys, Martz is an active member of the central Ohio community.  He is currently the president of the Board of Trustees of the Columbus Museum of Art.  Prior to serving as board president, he served as vice president and chair of the museum’s development committee.  He has served on the board since 2010.  Martz has also spent several years on the board of trustees of the Godman Guild Association.

Martz lives in Upper Arlington with his wife, Judy, and their two children.

About Vorys: Vorys was established in 1909 and currently has nearly 375 attorneys in seven offices in Columbus, Cincinnati, Cleveland and Akron, Ohio; Washington, D.C.; Houston, Texas; and Pittsburgh, Pennsylvania.  Vorys currently ranks as one of the 200 largest law firms in the United States according to American Lawyer magazine. The firm’s previous managing partners were Lowry Sater, Webb I. Vorys, John C. Elam, Robert Werth and Russ Gertmenian.